In this post, we will be taking apart a card reader – notably the HID iClass SE reader (if your physical security guys spent any money):

Bunch of glue, epoxy and sandA PCB board with an antenna

ok… so really what are the details.

Since we don’t use our reader anymore (we switched to our own Kisi solution) we went into the machine shop and dissected the reader.

In previous posts we only looked at how HID cards are hacked and Wiegand protocol hacking, but never really at the reader itself.

Since so many people use the iClass SE reader we thought a little reader hacking might be interesting for everyone.

The original mastermind behind the RFID hacks is Jonathan Westhues, here’s what made him famous in 2006. Considering that these reader manufacturers keep using pretty much the same things since then, your office readers might be the same standard (or even lower):

“In 2006, Westhues was hired by California State Senator Joe Simitian to illustrate the ease with which state lawmakers’ RFID-based ID cards could be read and cloned. He successfully read and cloned the ID card of California State Assembly member Fran Pavley, who remarked, “All that was done within a moment’s notice of time without me even being aware of it.”

Either way- The model we used is an iClass SE R40 from 2011 made in the Philippines – 920NTNTEKE0000. Admittedly this has been done before – check the Proxmark forum for details. But the images there were only focussing on components, not on general design of the iClass SE reader. 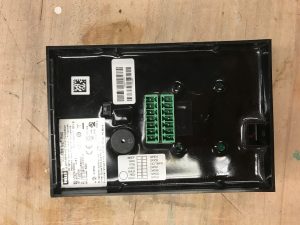 How we opened the iClass SE reader

Since the board is epoxied into the reader housing front, we used a regular steel cut saw to cut of the top slightly under the edge of the front: 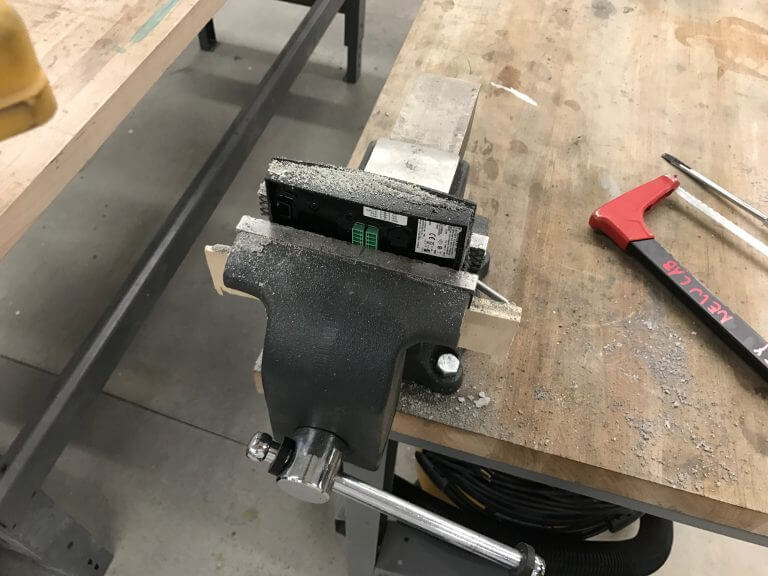 Back of the iClass SE reader board

When we opened the reader we realized there was a lot of dust and seems like the PCB is mounted on top of some concrete powder. The reason for this could be to amplify the antenna which is mounted on the PCB. The back was black epoxy which however did not go underneath the PCB where the important components are arranged. 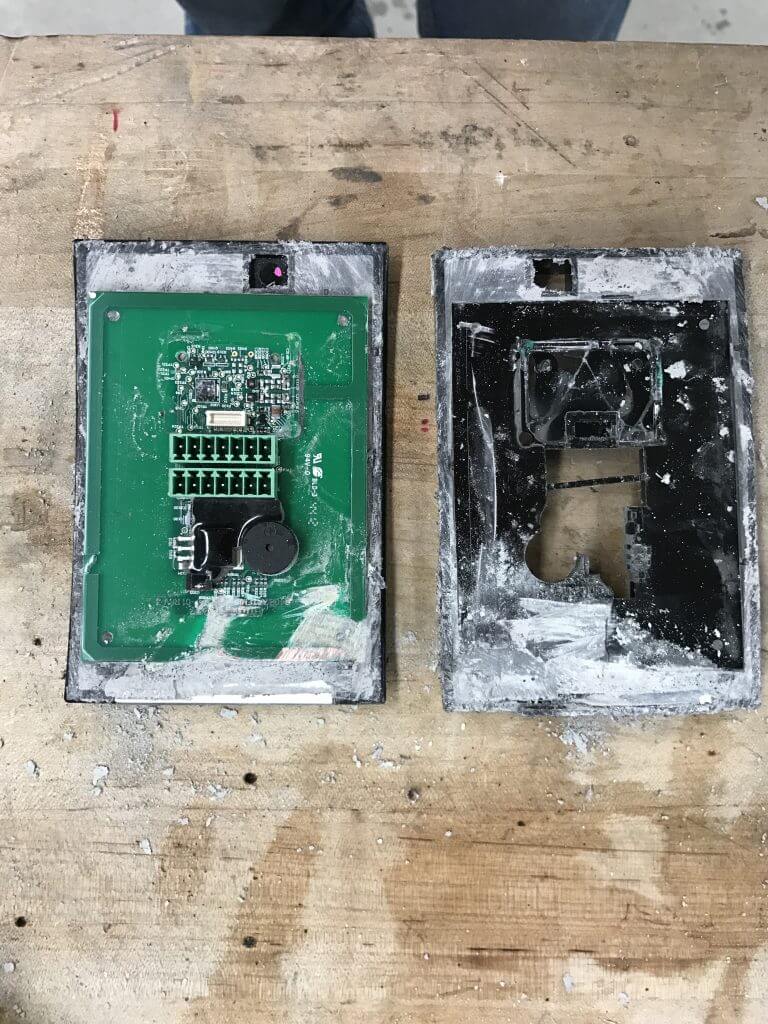 Front of the iClass SE reader board

The front of the reader showed a nice NXP chip which is the RFID component: PR600HL/C1, kS012171y, C3P004.00, SW4452.1. I couldn’t really dig it up on DigiKey or other electronics suppliers, most likely already too old. Should it then still be on the wall?

The front was filled with hardened foam and sand, most likely to make it heavier and not feel like a bunch of condensators and resistors (which it unfortunately is by the way). 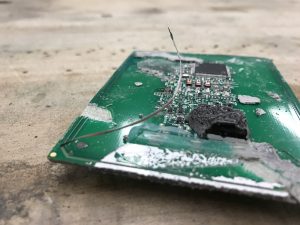 A great product! Production cost should be around $12. If you’d make a list with low tech in the office, it would most likely be in close competition with the coffee machine or the light sensor.

Precision is key with EIG PRO.