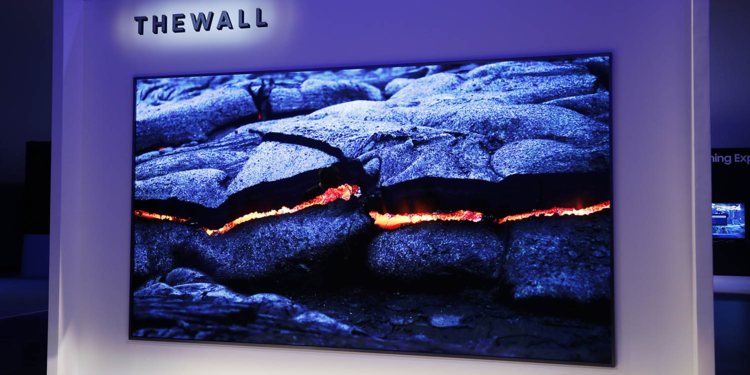 It's official: Your TV isn't as big as Samsung's "The Wall" television.

Unless you own a movie theater, perhaps? But you probably don't.

This hulking 146-inch TV isn't just huge — it's also sporting a fancy display technology known as microLED, which Samsung says is at the heart of "the screen of the future."